In a crunch? Need to get paid early to avoid missed payments or costly overdrafts? You’re not alone. There are plenty of apps that can give you an advance on your paycheck, or a cash loan. Every app is a little bit different, but we’ve done the hard work for you. Keep reading if you’re looking to a get paid early app in 2022, you arrived at the right place. We reviewed the best ones, including feedback from real users.

It’s not always easy to get an advance on your paycheck and even when you get that advance you may find that it doesn’t appear in your account quickly enough. However, a couple of apps are great for getting paycheck advances paid sooner rather than later, with some apps paying your advance by direct deposit, almost instantly.

How do you like the idea of getting a loan for free? As long as your salary is paid by direct deposit Earnin lets you borrow up to $500 per pay period without paying interest (up to $100 for new users). There’s no charge for using Earnin, though the app encourages you to leave an optional tip of up to $14 as a thank you. It’s an easy way to save yourself from paying expensive overdraft fees. Earnin is available for both Apple and Android devices.

iPhone users score Earnin 4.6 / 5 which is a solid score for a borrowing app. Earnin reviews like that money gets into their accounts at lightning speed, while noting that customer support is consistently helpful. Android users are happy too, awarding Earnin 4.5 / 5 again saying that they like how easy it is to get a paycheck advance with Earnin, though there are a couple of reports from users who said the app stopped working or that money advanced wasn’t available as quickly as they expected.

Get started with Earnin here.

A bit like Earnin, Even also lets you take an advance on your paycheck, as much as 50% in fact. However, Even only works if your employer has signed up with its service and you need to pay a $2.99/month fee to use it, but the fee includes interesting money management features. One benefit of Even is that you can collect your advance at your local Wal-Mart, though advances into your bank account take a bit longer than with Earnin.

Android users are practically raving about Even, scoring it 4.8 / 5. That’s better than Earnin, with Even users saying that customer service is quick to respond to questions while few users appear to be reporting app glitches – unusual for Android. Over at Apple’s App Store Even scores 4.9 / 5, a rare near-perfect score for a phone app. However, there were a couple of users complaining about app glitches so Even is clearly not perfect despite the high average scores.

Another app that helps you get paid early, PayActiv, is free to join, only charging you $5 when you request an early payday. There are no interest charges with PayActiv, but the app is restricted in that you can only use PayActiv if your employer has joined PayActiv as a member. Given the interest-free aspect of PayActiv it is worth checking with your employer whether it has signed up as a PayActiv member.

Is PayActiv any good? Well, it’s not as widely used as Earnin or Even but the 244 users who rated PayActiv on the Apple App Store clearly had no major complaints as PayActiv scores 4.7 / 5 from iPhone users who describe PayActiv as a life saver. It’s the same story on Google Play, PayActiv scores 4.5 / 5 from 589 reviewers. It’s not a wide audience but users are generally happy with PayActiv because the app quickly supplies paycheck advances with little fuss.

The apps we just covered are all good choices but for some people, none of the apps we mentioned so far will be a perfect fit. If you need an early paycheck you should also consider one of the following apps, even if it means borrowing money and paying interest as you may just save yourself more in overdraft fees and penalties for unpaid bills.

Finally, we cover PockBox as the app offers a larger maximum loan limit, up to $2,500 in fact. However, PockBoox charges substantial interest on its loans, unlike many of the other apps we reviewed which offer interest-free loans. That said if you’re in need of a solid amount of cash PockBox is a good option as the lender will consider you even if you have a below average credit score.

Note that unlike all of the other apps we’ve covered in this article, PockBox does not have an Android app or an app for iPhones or iPads. Instead, you need to visit the PockBox website to apply for a loan. As a result, there are no user reviews of PockBox published on the internet, but we think the lender provides a solid product.

Unlike Dave, MoneyLion lets you borrow larger amounts, as much as $500, in fact. However, you do pay interest on a MoneyLion loan but the rate is comparatively low at only 5.99% APR. That said, you need to be a MoneyLion Plus member to qualify for loans at that rate, and that’s where it gets a bit complicated. Plus membership is $79/month, of which $50 goes into a savings account and $29 acts as fees, though you can get a $1 fee credit for every day you log into the app.

Compared to Dave, MoneyLion scores less well on Google Play with an average of 4.2 / 5, though that is still a good score. Plenty of users like MoneyLion’s low-interest loans but others complain about app glitches, indicating that MoneyLion Plus membership may be a bit of a complicated product. MoneyLion does better on the App Store, with 4.6 / 5 on average including plenty of happy users and a couple of complaints.

There’s a couple of big advantages to using Dave. First, you don’t need to be paid in any specific way nor does your employer need to be signed up with Dave. Next, Dave doesn’t charge any interest on its loans. However, Dave has one major catch: you can only borrow up to $75 using Dave. Also, Dave charges a $1/month membership. Nonetheless $75 might be all you need in a paycheck advance.

What do users think about Dave? On the Apple App Store Dave is the #17 finance app, scoring 4.7 / 5 with users saying Dave is simple, helpful and offers the perfect way to get out of a tight spot. Android users also like Dave, with over 48K reviews that average to 4.6 / 5. Overall people are happy with the app, suggesting that it offers an easy way to get a small bit of cash when you need it, though customer service isn’t always perfect.

A couple of years ago you would have little choice other than to talk to a payday lender if you were short of money before your payday. Now you have a wide choice of apps. First, consider how much you need to borrow: is it less than $100? Dave could be an option. For amounts up to $500 consider Earnin or MoneyLion, while RainyDay is best for larger loans.

Want to avoid membership fees? Earnin is your best option, but if you don’t get paid by direct deposit you will need to consider Dave or RainyDay instead. Finally, if you want to go for the best-rated app, according to its users, you should pick Even with its near-perfect scores on the App Store and over at Google Play. 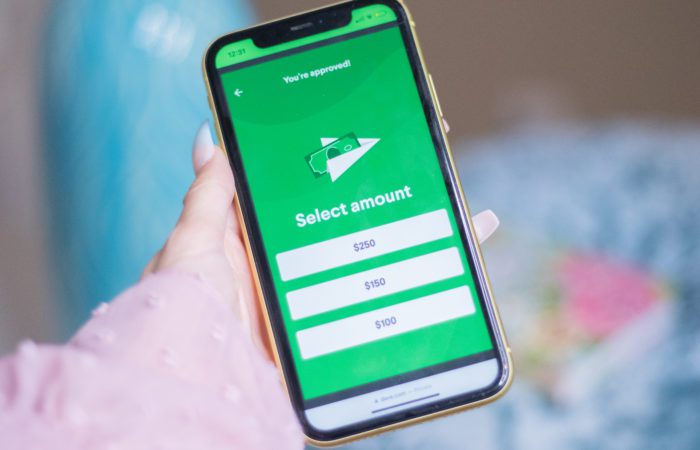 How to Overdraft up to $200 with Chime SpotMe